‘…when we are cut off from so much of the familiarity of our way of doing death; when COVID-19 has shorn Irish funerals of some of their richest elements, we’re in a situation of profound loss.’

The present COVID-19 restrictions strike at the very heart of Irish traditions surrounding the commemoration of the dead. They deprive us of a myriad of multi-sensorial rituals, large and small, which have evolved over the course of our history as significant coping mechanisms when faced with the loss of our loved ones. Many of these traditions endure to this day because they have been found to still ‘work’ and continue to be deeply valued across the generations. In times of deep trauma it is often rituals such as these that see us through.

When I reflect on what it means to attend the evening of a funeral (particularly in rural Ireland, which is where most of my experience is drawn from), I think of something like the following sequence of events:

Arriving by car down a country road in the dusk of an evening; flagged down by neighbours of the deceased, equipped with high-vis jackets and torches, who motion you towards parking spaces by the ditch, still a good 500 metres from the house; or directed into an open field to join a myriad of other vehicles lined side by side, an extra vroom of the engine needed to make the final push. Then the tramping of feet. You’re grateful there’s a bit of a walk left to the house—it allows you to gather your thoughts and go over the names of key family members and relatives in your head.

You hear the house before you see it. The unmistakable hum of human chatter hits your consciousness first. Most of it is coming from the yard, but there’s also a nice queue of people filing down the road.

You take your place in line amidst the customary greetings of ‘Well?’ and ‘How’s it goin’?’.

‘Sad auld time for them,’ says one bespectacled lady as she cranes her neck back to you.

‘Cruel,’ offers a man leaning on a stick.

‘Shockin’ big crowd,’ another calls back in something between a whisper and a bellow. ‘Indeed’n there is,’ comes another voice. ‘Sure wasn’t he known the length and breadth of the country.’

By the time the house comes into view you’ve already well entered the rhythm of the occasion: the walk from the car has been a mini-pilgrimage of sorts—a sympathiser’s Camino.

Before you ever get to the door of the house you notice a subtle change of chatter lines on the wind. Voices become more synchronised and rhythmic, even as some stray conversational threads weave in and out of the new sound.

Nearer still to the door.

‘Shhhhhhhhh,’ says one voice in an insistent manner.

And then the communal cascade at breakneck speed: ‘Hoooooly Mary, mudder o’ Gad, pray for us sinners now and at d’hour of our death. Amen.’

‘Cawwww, cawwww, caaaaw!’ go some crows, almost equally in unison, from the trees at the other side of the road.

The rosary has begun. That mantra that stills otherwise talkative souls at a wake and that sweeps whole crowds up in its repetitiveness. The regularity of its cadences brings you to another stage of preparedness to meet the family and to view the deceased’s body.

But you’re not there yet. There’s still the tight squeeze through a crammed hallway, narrowly avoiding spilling a pot of tea, a plate of sandwiches and half an apple tart precariously held by a distant relative who weaves her way in and out of the human jam, intent on fulfilling a feeding mission to another room. ‘Don’t go ‘way without the tea,’ she calls back.

And then you’re finally there. You’ve made it. You step into that room, made sacred now by a loved one’s different sort of presence. This is the funeral-goer’s Jerusalem and Mecca rolled into one. Your eyes are immediately drawn to the coffin, but you’re already passing by the family members, so you stop and lean into the line of mourners—many standing, others sitting out of pure exhaustion, or overtaken with grief.

And then the ones where no words are uttered, simply a silent, heartfelt embrace.

The line files on. You shuffle along with it. Now you’re closer to the head of the coffin. The smell of burning candles on the white-clothed table. Instinctively, you pick up the sprig and dip it into the holy water. One shake, two shakes over the coffin. You place your hands lightly on the hands of the deceased; they’re ice to the touch. Or perhaps you sign their brow with the sign of the cross. Others will kiss those hands or that brow. All done ever so briefly. You pause momentarily; utter a silent prayer; and then you’re gone.

At least as far as the kitchen. ‘C’mon in and have a cup of tea—or would you like something stronger?’

Clinking of glasses; chinking of cups; hissing of kettles; buttering of scones.

Voices are not hushed here. ‘Do you remember the time …’ someone starts at one side of the room while there are guffaws of laughter at the other side as a well-told yarn reaches its climax. Meanwhile, in the corner there’s a relative who has sat down with one sympathiser, relating, for what must be the 100th time that day, the narrative of the deceased’s departure. ‘Well, it was last Thursday morning. He got up around half eight and he just said he wasn’t feelin’ right …’

The telling and re-telling of ‘the story’ to a constant stream of new ears is an essential part of the process. It’s repetitious, but it’s her rosary.

The sequence I’ve just described—one that I’ve experienced many, many times—is comprised of many discrete elements, some of which might even be considered to be mundane. And yet … taken as a whole, they work as a single fabric of social cohesion at a time of great loss. These traditions, rituals and gestures continue to be observed because they have clearly not outlived their usefulness in the process of coming to terms with the reality of death. There is a busy-ness about funerals. A lot of ‘doing’ rather than thinking. And that somehow carries us through.

Now, however, when we are cut off from so much of the familiarity of our way of doing death; when COVID-19 has shorn Irish funerals of some of their richest elements, we’re in a situation of profound loss. Double loss, in fact—we’ve lost the person and the means by which we might ritualise the loss of that person. The effects will surely be far-reaching and, as in the case of other traumatic events in our history such as the Great Famine, may not be fully appreciated for some time to come.

Salvador Ryan is Professor of Ecclesiastical History at St Patrick’s College, Maynooth. He is editor of Death and the Irish, published in 2016 by Wordwell Books. The sequel, Marriage and the Irish, appeared in summer 2019. @SalvadorRyan 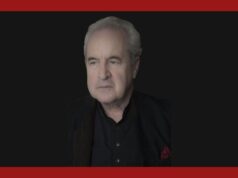 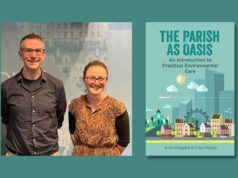