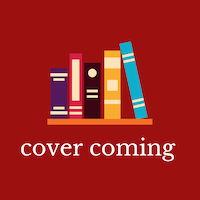 3 March 2021 | 19.00 | Online Presented by MoLI in partnership with the Keough-Naughton Institute for Irish Studies at the University of Notre Dame. Join Professor Barry

Presented by MoLI in partnership with the Keough-Naughton Institute for Irish Studies at the University of Notre Dame.

Join Professor Barry McCrea with writer Claire Kilroy in this edition of Ireland’s Generation X?, a series of conversations about Ireland’s in-between generation.

“Generation X” describes the group of people born between 1965 and 1985, a generation caught between Baby Boomers and Millennials characterised by anti-establishment slacker culture, cynicism, irony, and— after the global economic crash — negative equity. An American term describing American lives, the moniker perhaps fails to accurately represent the experience of those who came of age during the 1980s and 1990s in Ireland. This series invites artists and writers who grew up in an Ireland shaped by the Troubles, social justice movements, EU membership, the Peace Process, and the Celtic Tiger, to share their work and reflect on the social and cultural influences at home and abroad.

Claire Kilroy is the author of four novels, All Summer, (Faber & Faber, 2003), Tenderwire, (Faber & Faber, 2006), All Names Have Been Changed, (Faber & Faber, 2009), and The Devil I Know (Faber & Faber, 2012), which was described by The Guardian as “a satiric danse macabre of brio and linguistic virtuosity,” and by the New York Times as “savagely comic… and great fun.” Claire has been shortlisted for the Kerry Group Irish Novel of the Year three times, and won the Rooney Prize for Irish Literature in 2004. She is currently working on Darling, a novel about motherhood, and was an inaugural recipient in 2019 of the Markievicz Award. She lives in Dublin.

Barry McCrea is a novelist and a scholar of comparative literature. His novel, The First Verse, won a number of awards, including the Ferro-Grumley Prize for fiction. His most recent academic book, Languages of the Night: Minor Languages and the Literary Imagination in Twentieth-Century Ireland and Europe, was awarded the René Wellek prize for the best book of 2016 by the American Comparative Literature Association. He holds the Keough Family Chair of Irish Studies at the University of Notre Dame, where he splits his teaching between its campuses in the US and Europe. He is finishing a new novel which follows the life of a Dublin suburban cul-de-sac from 1982 to the present.