From Whence I Came: the Kennedy Legacy, Ireland and America

15mar19:00From Whence I Came: the Kennedy Legacy, Ireland and America 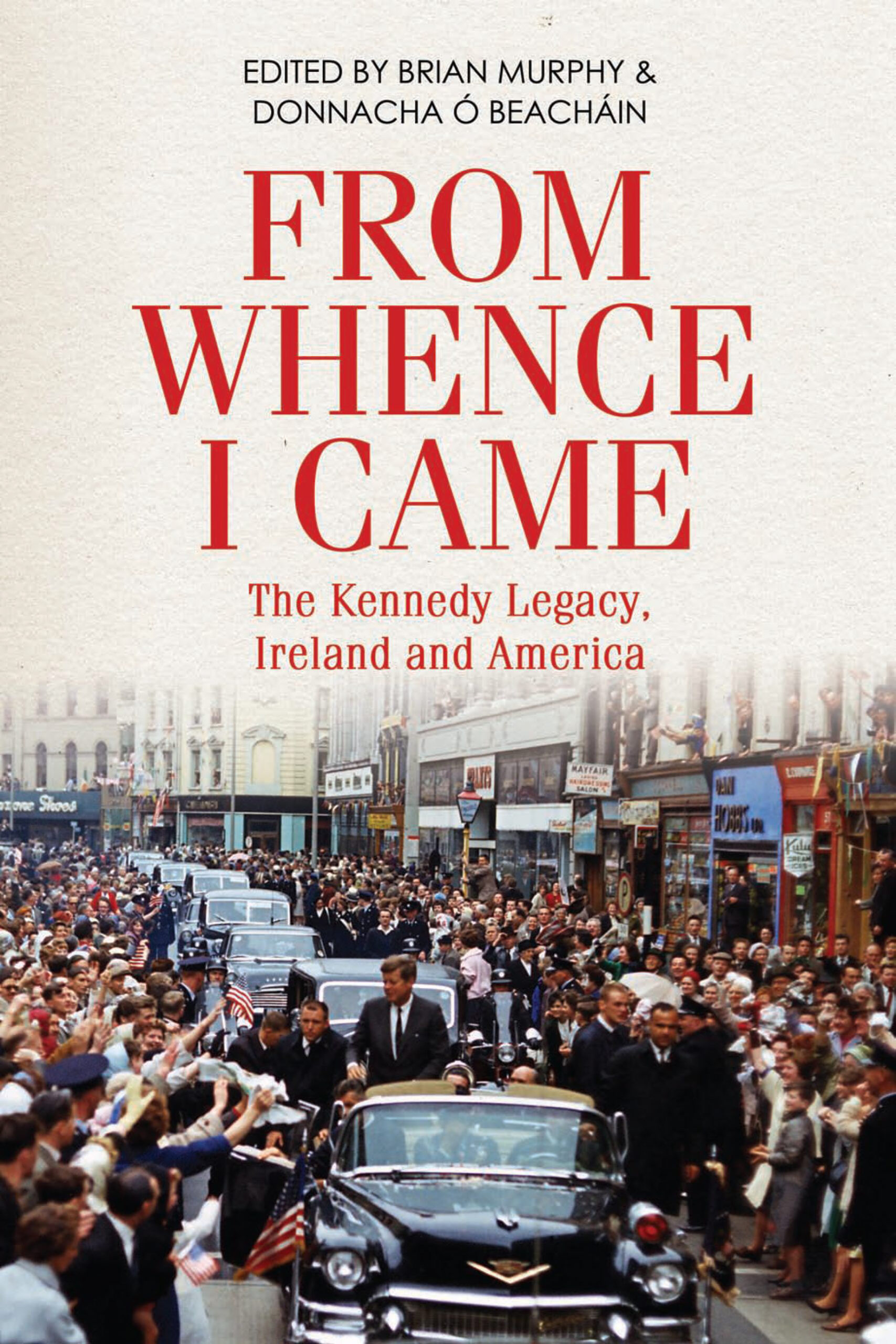 Online event with An Taoiseach & The Edward M Kennedy Institute set for St. Patrick’s Weekend celebrating the launch of the new book, ‘From Whence I Came: the Kennedy Legacy, Ireland

Online event with An Taoiseach & The Edward M Kennedy Institute set for St. Patrick’s Weekend celebrating the launch of the new book, ‘From Whence I Came: the Kennedy Legacy, Ireland and America.’

Members of the public are invited to join an Irish American celebration this St. Patrick’s week which will be hosted online by the Edward M Kennedy Insititute.

The event will be hosted on Monday 15th March to celebrate the launch of the new book ‘From Whence I Came: the Kennedy Legacy, Ireland and America’ a brand new collection of 15 essays that draw on some of the best papers delivered at the annual Kennedy Summer School in New Ross since its foundation in 2012.

An Taoiseach Micheál Martin will deliver a welcome address and officially launch the new publication. He will be joined by the Consul General of Ireland in Boston Dr Laoise Moore along with the book’s editors Dr Brian Murphy and Dr Donnacha Ó Beacháin. Following the official launch, Dr Bob Mauro of Boston College will chair a panel discussion on Irish American politics which will include former Congressman Joe Kennedy, Dr Alison Meagher Deputy Consul General of Ireland in Shanghai, Massachusetts Congressman and Chair of the Congressional Friends of Ireland Richie Neal.

The occasion will also mark the 40th anniversary of the Congressional Friends of Ireland, or Friends of Ireland is an organisation in the United States Congress that was founded by Irish-American politicians Senator Ted Kennedy whose work for peace in Northern Ireland through the 1970s and ’80s will be a topic set for discussion.

Speaking of the upcoming event, Dr Brian Murphy says, “I am very grateful to the Taoiseach for taking time out of his busy schedule to launch our book. I see this as a generous endorsement of both the merits of this book and the wider work of the Kennedy Summer School. I also want to express thanks to the Irish Consulate and the Edward M. Kennedy Institute in Boston for hosting this event. Ted Kennedy played a massive role in bringing peace to our island and it is fitting that we discuss his great legacy in that regard.”

Dr Donnacha Ó Beacháin says “Brian and I are very proud of this groundbreaking work which contains specially commissioned pieces from a remarkably diverse range of respected figures. Collectively, the authors provide fresh and nuanced perspectives, surveying the past, critiquing the present and offering roadmaps to the future. With the presidency of Joe Biden seeing a renewed focus on broader themes within Irish, American and global politics, From Whence I Came is a fascinating and timely collection that offers a fresh perspective on the Kennedy legacy and the politics of Ireland and the United States.”

The essays included in ‘From Whence I Came’ look at the legacy of John F Kennedy and the politics of Ireland and the United States. The book is co-edited by Dr Brian Murphy, a lecturer at the Technological University Dublin, and Dr Donnacha Ó Beacháin, Professor of Politics at Dublin City University.

Some of the contributors include Cody Kennan the former Obama speechwriter, Kerry Kennedy, President of the Robert F. Kennedy Human Rights organisation and Tad Devine a former senior adviser to Bernie Sanders.

The book is being published by The Merrion Press, and all of the royalties are being donated to New Ross Community Hospital. Brian and Donnacha have dedicated the book in memory of the late barrister and political commentator Noel Whelan, who hailed from New Ross and co-founded and ran the Kennedy Summer School. Noel died in July 2019 aged 50.

Those interested in joining the event on Monday, March 15th (at 2 pm US Eastern time and 7 pm Ireland) can register to attend the event online via the Edward M. Kennedy Institute for the United States website https://www.emkinstitute.org/