Your official source for new Irish books each month

First Flush is the number one resource for new Irish book releases. See which books will be on the shelves each month—search by genre, keyword, author or title—or just browse through the archives.

Alongside the official Irish Bestseller Charts, all data is supplied by Nielsen Book. 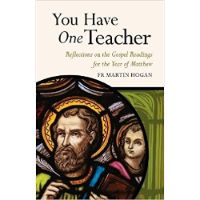 You Have One Teacher: Reflections on the Gospel Readings for the Year of Matthew

A collection of reflections on the Sunday readings from the Gospel of Matthew used during Year A. Perfect for sermon preparation, personal reflection or group study, it offers an engaging and thought-provoking series of reflections on the gospel readings for Year A that will have broad appeal.
Fr. Martin Hogan
Published: October /
2022
Veritas Publications
9781800970397
176  Pages
€16.99
£15.50
Paperback
Ireland
Christianity 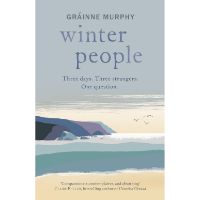 Sis Cotter has lived her whole life in a small house by her beloved beach. Here, she grew up, reared her family, and buried her husband. Now her children are far away and, in three days, her house will be taken from her. Next door, Lydia has withdrawn from her husband, her friends, her life. She watches the sea as her own private penance for a wrong she can never put right. Peter’s best friend is dying, and his long-time foster mother is slowly forgetting who he is. Adrift without his two anchors, and struggling with the ethics of displacing people for a living, he looks for something to remind him of who he is and who he wants to be. Winter People is a story of forgiveness, resilience, and the power of the sea to unlock what we are most afraid to say.
Grainne Murphy
Published: October /
2022
Legend Press
9781915054357
260  Pages
€11.99
£8.99
Paperback
United Kingdom
Modern & contemporary fiction (post c 1945) 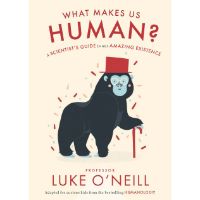 What Makes Us Human : A Scientist's Guide to our Amazing Existence

Adapted for curious kids from the bestselling Humanology, here Professor Luke O'Neill explores what makes us interesting as a species, why we sleep, laugh and enjoy music, and our efforts to stop disease. He also ponders whether we will create superhumans, how and why we age, if we can escape death and whether our eventual extinction is inevitable.
Luke O'Neill; Tara O'Brien
Published: October /
2022
Gill Books
9780717193769
232  Pages
€19.99
£18.99
Hardback
Ireland
Science & technology: general interest (Children's / Teenage) 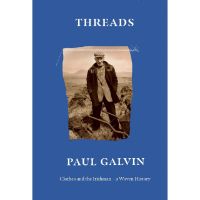 Threads: Clothes and the Irishman - A Woven History

A fascinating history of Irishmen woven through the clothes they wear. Taking the clothes they wore as a starting point, Paul Galvin skilfully weaves together a collection of stories of Irishmen who defined the culture and mood of their time.
Paul Galvin
Published: October /
2022
Gill Books
9780717192823
376  Pages
€22.99
£21.99
Hardback
Ireland
Literary essays 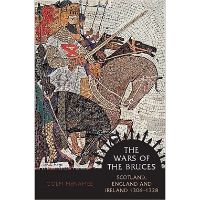 The Bruces of fourteenth-century Scotland were formidable and enthusiastic warriors. Whilst much has been written about events as they happened in Scotland during the chaotic years of the first part of the fourteenth century, England's war with Robert the Bruce profoundly affected the whole of the British Isles. Scottish raiders struck deep into the heartlands of Yorkshire and Lancashire; Robert's younger brother, Edward Bruce, was proclaimed King of Ireland and came close to subduing the country; the Isle of Man was captured and a Welsh sea-port was raided; and in the North Sea Scots allied with German and Flemish pirates to cripple England's vital wool trade and disrupt its war effort. Packed with detail and written with a strong and involving narrative thread, this is the first book to link up the various theatres of war and discuss the effect of the wars of the Bruces outside Scotland.
Colm McNamee
Published: October /
2022
Birlinn
9781780276618
368  Pages
€18.00
£14.99
Paperback
United Kingdom
British & Irish history 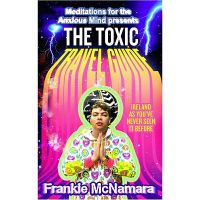 The Toxic Travel Guide: Ireland as You've Never Seen It Before

Ireland's Instagram sensation Meditations for the Anxious Mind takes us on a trip around Ireland of the likes you've never seen before, from the trolley-filled Liffey to the glamour of Navan.
Frankie McNamara
Published: October /
2022
HarperCollinsIreland
9780008527075
288  Pages
€12.99
£12.99
Hardback
Ireland
Humour 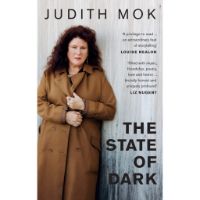 The State of Dark

The State of Dark is a highly original, moving and beautifully written memoir of the so-called Second Generation trauma, which documents how the Holocaust continues to be a living issue in European life and culture, including in Ireland.
Judith Mok
Published: October /
2022
The Lilliput Press
9781843518501
176  Pages
€16.00
£14.00
Paperback
Ireland
Memoirs 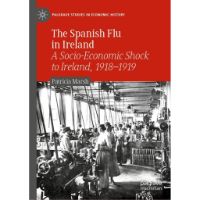 This book examines the Irish experience of the 1918-19 influenza pandemic through a detailed study of the disease in the most industrialised region of the country, the province of Ulster. By exploring the different themes of dispersion of the disease; mortality; gender; medical response and politics - and through case studies of different towns in the province of Ulster - it builds up a picture of the social, economic and political impact of influenza in Ireland. The Ulster experience of the pandemic is examined by constructing micro-histories of industrial cities and towns, along with provincial market towns and a naval port, to provide a basis for comparison of the differing approaches taken to combat the influenza outbreaks throughout Ulster. Contemporary opinion was that Ireland was considerably less affected by the war than the rest of the UK but, this book shows that the war did have a significant influence on how the influenza pandemic impacted on the Irish population from an economic, social and medical point of view. The book also explores the immediate aftermath of the pandemic and how it influenced the Irish response to the influenza scare of 1920 and the viral pandemic of Encephalitis Lethargica which was prevalent for ten years after 1918, as well as discussing what if any lessons learnt from 1918 have been applied to the present-day outbreak of Covid 19. This book will be of interest to academics in economic history, social history, Irish history and pandemic history, and those studying the effects of pandemics on the economy, health provision and pandemic preparedness.
Patricia Marsh
Published: October /
2022
Springer Nature Switzerland AG
9783030795009
291  Pages
£109.99
Paperback
Switzerland
Economic history 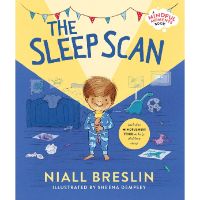 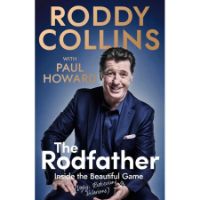 Roddy Collins is a football man - now in the sixth decade of a career as a player (at sixteen clubs), manager (twelve clubs) and commentator. And he is a funny man: an unequalled raconteur with a sharp eye for the absurdities of the professional game and spectacular recall. He has made friends wherever he has gone, along with some high-quality enemies. When John Delaney said he could get Roddy a job if he'd just stop criticising him, Roddy replied that he'd 'rather dig holes in the road'.Now, with the brilliant Paul Howard, Roddy puts it all down on paper for the first time - the adventures, the rows and the craic - in what will be not only one of the funniest but one of the most eye-opening books ever written about professional football.
Roddy Collins; Paul Howard
Published: October /
2022
Sandycove
9781844885954
336  Pages
£20.00
Hardback
United Kingdom
Memoirs
« Previous 1 2 3 4 … 235 Next »

Notes for readers and publishers

First published in 1976, First Flush is a monthly listing of new Irish books. For inclusion in First Flush the title must meet one of the following requirements: Irish publisher, Irish author and/or an Irish subject.