Dull thwacks of stone hitting stone. Little boy’s shoes clicking hopscotch squares. Squeals of delight. If she concentrated hard, she could hear those sounds still. Feel the cloth of her rag doll, tight in her hand. Smell the sweet aroma of freshly baking biscuits floating down through the open window. Her mother’s voice a soft melody, joining in unison with songs on the radio.

The girl, age-laden for her six years, intensified her grasp on her reality. She dug her nails into the palms of her hands, keeping her eyes tight shut. The smell of biscuits. The click clack of her brother’s shoes. Her mother’s voice. Click clack. Tralala. Biscuits to make her mouth water. Songs she knew some of the words to. Click clack. Click clack. Tralala.

The bombs had clattered all around her. And the girl slipped back through time, unable to stop the illusion breaking. It was the smell of diesel fumes and burnt-out tanks that woke her. It shattered the smell of biscuits and made her vomit. Her mother’s voice no more than radio static. The screams had died out long before, in the darkness of the night. They had grown incoherent. Then mute. The silence and the dark had wrapped her in the memories of yesterday and kept her safe. She still held the rag doll in her hand.

With the violet dust of dawn, the girl had opened her eyes. Her world, once innocent, had turned upside down. Plastic, caught on rolls of barbed wire, flapped like birds caught in nets and frightened her. Fences had come from nowhere in the dark and barricaded her in, or out, she could not tell.

The dust blown ravages of space, of time interrupted, incomprehensible to one so young. Her unblinking eyes caught the shadow of movement—a terrified fox, once urban, frantically running for the wilds.

Another shadow loomed, then shielded her from the warming sun. Men’s voices. Hands, pulling her rag doll from her fingers. She clutched it tighter. Her only hold on what was real. The stronger hands won. She glanced down at what she was relinquishing. No longer her rag doll, but part of her brother’s t-shirt that was left, as the blast had wrenched him from her.

The universal child, deep in rubble, lay a few meters away. One little shoe. The shoelace, she noticed, the one she had tied herself, in another place, another time, still holding tight to its bloodied foot. But nothing more.

Then she went quiet, unable to utter another sound. A silent witness to the decaying world, that was once her home.

Pippa Slattery has an M.A. in Creative Writing from UL. She has been shortlisted by New Irish Writing, The Kanturk Arts Festival and long listed for the 2021 Fish Short Story Award. She is a finalist with the London Independent Story Award 2022 and has flash fiction selected by Books Ireland. She has stories published in The Galway Review, Blue Nib, Vessel of Voices, Opening Doors and Ogham Stone 2021 and 2022. She is a member of Limerick’s Writepace Writers’ Cooperative and is currently working on her debut novel. 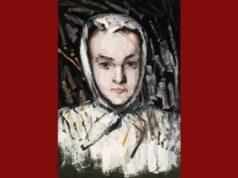 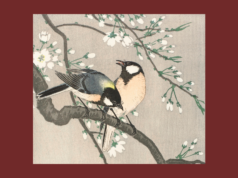 Flash Fiction—I Brought a Girl into the World, by Clodagh O’Brien 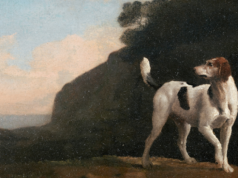 Flash Fiction—The Pick of the Litter, by Peigin Doyle