FROM THE ARCHIVES, JUNE 1980—WHAT KIND OF BOOK BUYER ARE YOU?

All the way back in June 1980, Liz Heade looked at the different types of book-buyers. Have things changed all that much in four decades?

Are you one of the five sorrowful customers? Or maybe you’re the review-hound, or the havoc-wreaker? See what book shoppers were like forty-odd years ago in The Other Side of the Counter, June 1980.

THE OTHER SIDE OF THE COUNTER

Try a new resolution to judge the buyer by the cover – of the book, that is – and you might be surprised by the revelations, or horrified at how much of your personality is laid bare every time you buy a book.

The study of the reading public almost constitutes its own behavioural science. Women are far less self-conscious than men: they buy books to read, while men buy books to impress. People accustomed to spending are predictable and limited in their choice; young people and those with less to spend make the most varied purchases.

It is fascinating to assess the types who frequent and beleaguer the bookstore, and perhaps a presentation of the main categories may help the more eccentric and taxing to suppress their wilder manifestations – or to essay some more imaginative variations?

The terribly-anxious-to-help type: this customer will be able to give the colour of the book’s cover, the price, the publisher and a live performance of the review, but cannot remember the author or title. He always has the well-being of the assistant at heart, however: “No, don’t stir; just point me to the shelf.” So you do, and he cheerfully heads off in the wrong direction to look for Kissinger’s memoirs among the gardening books.

The 5.35 type is really a joy. “You’ll never refuse money, will you?” he grins, producing his cheque-book for a 45p purchase five minutes after closing. Some are quite immune to being plunged into darkness. “Closed? Oh, are you?” she intones, looking at you with dilated pupils in the pitch blackness as she is bundled out through a padlocked door.

The review-hound imbibes the things like they are going out of style. If the book has been mentioned by the demigods, Gay Byrne or the Evening Press, then they’ll have one, please. This breed firmly believes that all booksellers listen to the radio and read the papers all day: “Do you have that book Gay Byrne was talking about this morning?”

The see-if-the-assistant-is-paying-attention shopper gives you five titles at a time, including one in Irish and one in Spanish, and wants three of each title except the fourth one, of which she wants five, and would like three of number two and two of number five wrapped separately. She looks surprised when you say ‘I beg your pardon?”

The value-for-money type: this perfectly joyful type includes not only the one who reads the book in the shop over a fortnight of lunchtimes, but also the one whose brother has had it already and “Can I change it?” – omitting to tell you what becomes obvious: that it’s this very copy that the brother has read.

The lip-language type is a rare category which includes the bashful customer for whom the silence of a bookstore is nightmarish, and who is most surprised to find that books on breastfeeding are on shelves and not under the counter.

The apologetic: the product of censored Ireland mostly, this is the type that hands you the Edna O’Brien book face downwards or buys the sensational title “just to see if it’s true what they are saying about it.” It also includes the intellectual snob who, having asked for a suggestive or trivial title, hastily adds “It’s not for myself, you see.”

The Lone-bearer-of-Ireland’s-tax-burden has paid his income tax and isn’t going to pay tax on his books as well, and what is the assistant going to do about it? Now he has the added scandal of a currency surcharge with which to confront the bookseller. You feel like an unmasked assassin when he whips off the price sticker to reveal the “real” price underneath.

The rhetorical-complainer is easily fed with grist: the state of the £1 notes, the dust on the floor, the fact that assistants aren’t wearing badges (she doesn’t apparently notice that they are in shirtsleeves while the customers are muffled and overcoated) – anything serves.

And the opposite – the I’m-sure-it’s-my-fault type – is hardly less anguishing. They apologise profusely for returning a book which “seems” to be missing pages 38 to 461. It would be perfectly well otherwise, but it is a bit hard to follow…

The special dread of the new assistant is the boorish or loud. Addressing the whole shop, he asks if you have a book on aboriginal physiognomy, and as you shake your head uncertainly he roars “That’s strange, because you had several copies this morning.”

The intimidate-the-assistant type is more subtle. She asks the cash-register mechanic, although there’s a palpable assistant right beside her, or lets you overhear her asking another assistant for the same thing when you’ve just assured her with utmost certainty that you haven’t got it.

The havoc-wreaker‘s strategy is often to present a credit card when at the head of a restless queue in the lunchtime rush. There’s a smooth version, too, who would like you to ring a provincial branch to see if they’ve got the book. Now? Well, yes, now would be fine, thank you.

The catcher-of-assistants-at-vulnerable-moments is a distinct variation of its own. Vehement quizzing starts as you stagger under half a hundredweight of books. “Could you just show me where…?” or “Can you supply me with 200 copies of the Book of Kells by tomorrow?”

The bull-by-the-horns type glories in thinking nothing of outward appearances. There’s not the shadow of a smirk as he questions you closely on books about weight-loss during sex or the secrets of some classical Greek seductress.

Finally there is the unholy customer who belongs in no category but his own: the and-you-call-this-a-bookshop? type. “Well really,” his eyes seem to say as you explain that you do not carry children’s comics, monopoly money, confidential government reports or a special section devoted to Asian Astro-physics. But, like you, we keep trying. 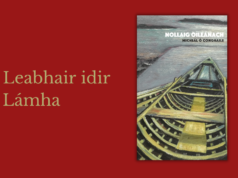