The ICC Digital Literary Festival features some of the stalwarts of Irish literature alongside recent bestselling authors.

This interview features author Carlo Gébler in conversation with Dermot Bolger. The recording will be available to view on this page from 5pm on Wednesday 9 December.

Carlo Gébler is the author of nearly 30 works including novels, plays, short stories, children’s fiction, travel writing, historical pieces and a memoir. His more recent work includes The Wing Orderly’s Tales (2016), The Innocent of Falkland Road (2017) and a retelling of Aesop’s Fables (2019).  He has contributed extensively to a wide variety of publications including  Critical Quarterly, The Dublin Review, Fiction Magazine, The Financial Times, The Guardian and The Irish Independent.

Carlo’s most recent work, Tales We Tell Ourselves: A Selection From ‘The Decameron’ forms the subject of this interview with Dermot Bolger.

In his broadcasting role he is also conducting some of the Digital Literary Festival interviews. Listen to Carlo interviewing Roddy Doyle, Sinéad Gleeson, Colum McCann and John Banville (upcoming 16/12).

Dermot Bolger is a journalist, editor, publisher, and one of Ireland’s best known and most prolific authors.  He has written 14 novels, 17 plays and 10 collections of poetry.  His work has attracted many awards, including the AE Memorial Prize and the Macaulay Fellowship. His play, Lament for Arthur Cleary, won both the Samuel Beckett Award and the BBC Stewart Parker Award.

Dermot established Raven Arts Press in 1977 which was acknowledged to be one of Ireland’s innovative publishing houses.  He subsequently helped co-found New Island Books, which is now one of Ireland’s leading publishers.

His most recent work, Secrets Never Told, is his first collection of short stories, one of which, Supermarket Flowers was shortlisted for Short Story of the Year at the An Post Irish Book Awards 2020. Listen to Dermot Bolger in conversation with Anne Flaherty here. 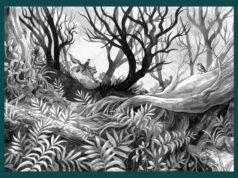 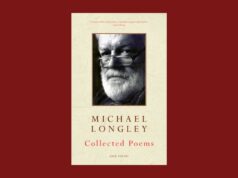 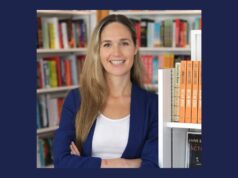