From Captain America’s to Hollywood and back.

In May 1976, the 26-year-old debut Irish author and fledgling publisher Neil Jordan wrote a piece for the third issue of the also freshly minted Books Ireland. The 1976 archive article is available on booksirelandmagazine.com.

Forty years later, Jordan revisits some of the topics discussed in his article, admitting that he had ‘almost forgotten all about that extraordinary period’. He sheds some light on the latest developments in his own writing career and his impressions of the Irish literary scene of the 1970s and the present day.

In 1975, in the unlikely mise en scène of Captain America’s on Grafton Street, Jordan and a number of other ambitious writers and literary activists, including the late Steve McDonogh, Desmond Hogan and Fred Johnston, established the Irish Writers’ Co-operative with a view to supporting and facilitating Irish writing and authors through a new style of co-operative publishing.

‘At the time there were no publishing outlets in Ireland. David Markus set up Poolbeg Press and the O’Brien Press also came around the same time, but very few Irish writers had access to English publishers. It was a huge thing if you got published back then,’ Jordan said.

Despite being well received and supported financially by the Arts Council, Jordan explains that there was an inbuilt fatal flaw in this ‘small kind of enterprise’ in that ‘as soon as anyone got any sense of success, they wanted to jump ship to a bigger publisher’. There is no easy solution to this problem, it seems, and Jordan is keen to defend the writers who followed that path.

‘You can’t expect them to be faithful to anything other than their own career. It was a hard lesson to learn. It makes it very difficult to run a small publisher and to plan long term. That’s why the Irish Writers’ Co-op didn’t last. It’s an enormous amount of energy to keep it going.’

Things have improved since the 1970s, however, and now there is ‘small publishing everywhere’, which the author sees as evidence of a youthful culture and as being ‘terribly necessary’.

‘There is a primal urge, one you don’t see in film; the energy in writing is just unstoppable. Every two years there is a new voice that comes out and demands attention and it’s really great,’ he said.

With established publishing houses like the O’Brien Press and Lilliput Press forging ahead, and bigger UK publishers such as Hachette Ireland and Harper Collins setting up offices in Ireland, this gap is slowly closing, and Jordan notes that the writers themselves are getting more adept at self-promotion and at getting their work out there.

‘I think the writers do it themselves. Particularly over the last twenty years, they have become very practised and successful media figures. When I started writing, I had no sense of being a public figure or of a wider media world.’

Living abroad and coming back to Ireland has also offered an insight into the ‘constant energy’ of the literature here, and the author suggests that ‘it still is by far the most vibrant aspect of Irish culture and always will be’.

Jordan previously treated writing fiction and writing for screenplay as two distinct forms, explaining, ‘I’ve always kept them totally separate. I started writing and then got into making films. The books I wrote were generally very internal and to do with the engagement of language. The energy I put into movies was all about narrative and story, and I found a way to construct the type of narratives that I never would have in fiction. But it’s all kind of poetry, if it’s any good.’

Despite many offers, none of Jordan’s books has yet been made into a film, although he reveals that he was badgered by actor Liam Neeson a few years back to make a movie out of Sunrise with Sea Monster (1994) and to cast him as the father, but at the time he couldn’t conceive of switching from author directly back to film-maker and it didn’t happen. Nevertheless, he does hint that he might reconsider the concept. You heard it here first!

Change is on the horizon, however, and the film rights for his recently published Gothic thriller The Drowned Detective have been sold to the Amazon film studio, run by independent producer Ted Hope. ‘They are commissioning movies all over the place and have big ambitions,’ he said. ‘I’m going to adapt it and make it myself. It will be the first time I’ll be making a film of one of my own books.’ Further probing revealed the Oscar-winner to be surprisingly coy about nominating a hypothetical alternative to direct the movie of one of his own books, good-naturedly admitting that ‘I don’t know how to answer that question. I’ve never even thought of it. It would be too hard. Yes, I think too hard for me!’

Jordan, donning his directorial cap, has worked with the authors of the books behind his films many times, collaborating with Irish novelist Patrick McCabe in adapting The Butcher Boy (1997) into a screenplay, a process he explains as almost a reinvention of the book itself.

‘Pat thought it was untranslatable to a movie—everyone did. That was part of the challenge for me. There is a way to reinvent a piece of work in another form, and it’s a matter of trying to take this thing and twist it into something else that becomes more of itself.’

His latest book, The Drowned Detective,came to fruition following an unfortunate traffic accident three years ago that forced him ‘into a period of enforced idleness’ and kept him away from film-making. It was during this recovery period that his attention reverted from the screen to the page. The second factor involved, itself following the outline of a spy movie plot, was a chance encounter on a three-hour flight to Romania with a private investigator. Having never met a private detective before, Jordan was fascinated by this unique occupation that tracks people and counterfeit products via the internet. His own experiences of working and travelling in Eastern Europe, combined with the in-air insights gleaned from the detective, laid the foundations for the plot, which is purposefully set in a city ‘that doesn’t make sense, with everything hidden from the central character’.

Keen to evade the label of a crime or detective novel, the author maintains that the overall theme of the book is more Gothic than criminal, comparing it to his previous work, Mistaken (2011). ‘It’s about a character who is lost and it’s meant to be unsettling,’ he explained. During this imposed writing retreat, he wrote another book which is due out next year, and if The Drowned Detective is a good indicator of the fruits of this labour, we can all look forward to its hitting the shelves.

It’s clear from the success of a prolific career—going right back to 1976, when his debut collection of short stories, A Night in Tunisia,was met with great enthusiasm—that Jordan is an acclaimed artist in many forms. But examining his duality as both writer and film-maker raises the question of the missed potential within the Irish literary world over the past 40 years. What literary classics might we have in our possession if the director had shied away from the camera and continued solely along the path of a novelist? One certain consequence would have been the notable absence of iconic films such as The Crying Game (1992), Interview with the Vampire (1994), Michael Collins (1996) and The End of the Affair (1999), whichhave played a key role in shaping the Irish and international cinematic landscape.

The director sits on the board of the film school in IADT, Dún Laoghaire, and after navigating the pitfalls of the creative industries through five decades, Jordan’s advice for young Irish people starting out in a creative field is to embrace the new era of confidence and self-belief that he sees.

‘The kids are so full of confidence; the idea of self-questioning doesn’t seem to even come across their horizon. All I remember is everyone telling you “you’re shit” and anything you do is worth nothing. People reading your work and throwing it in the corner, that kind of thing. It was a huge battle. I would love to have been given that gift of self-esteem when I was 22!’ 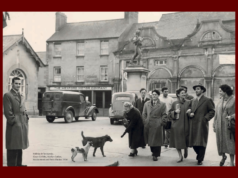 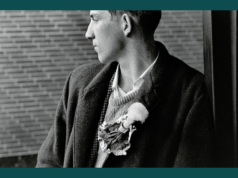 Connection in isolation—My Dublin 1963//My Dubliners 2020