Cathal Póirtéir picks his favourites from recent publications as Gaeilge

This book is a poetic treat featuring two of Ireland’s top poets in a beautifully presented hardback containing selections and translations of  Ó Searcaigh’s poetry from eighteen collections since 1975—although one of these is actually a recent novel ending with a short collection of poems (á la Doctor Zhivago). Over a hundred poems in Irish are rendered into English by acclaimed poet Paddy Bushe, with some translations by Ó Searcaigh himself.

I was mildly surprised that explicitly homoerotic poems went as far back as Ó Searcaigh’s first collection. That volume was out of print by the time I became aware of his work. As I remember it, his next few collections were not openly gay and centred largely on his relationship with landscape, language and literature.

The present volume traces his evolution as a poet in all its aspects: personal, public and spiritual relationships, particularly, in recent years, his appreciation of other writers who have expressed gay sexuality. For those who missed out on Ó Searcaigh’s collections, this is the place to get a bi-lingual overview of over 40 years of exceptional poetry. Ó Searcaigh’s unique sensitivities and language mark him out as one of the most important voices in Irish poetry in the last century. For me, his ongoing affair with his native Donegal landscape is unsurpassed in its subtle understandings of people and place.

This volume will be welcomed by fans and, hopefully, by new readers in Ireland and abroad, who now have the opportunity to hear his unique voice, relayed into English by Bushe. As with all translations, not every reader will totally agree with Bushe’s choices but few will disagree that he captures Ó Searcaigh’s registers and sensibilities.

One of the books I most enjoyed was Mac an Bhaird’s Rún an Bhonnáin, a tongue-in-cheek thriller, in the style of The Da Vinci Code. It took elements that worked in this and other outlandish thrillers and reset them within a world Irish-speakers would recognise. There were murdered sean-nós singers, secret codes, a threat to the annual Oireachtas and the entire Irish-speaking community, all to be thwarted by our hero. It was an entertaining romp that paid homage and poked fun at this genre, with the advantage of playing around with events and places easily recognised by its readers. I have been recommending it since and looking forward to the follow-up Mac an Bhaird would produce.

Tairngreacht features ancient arcane documents and present-day fanatical believers who threaten civilisation as we know it, and an unintentional hero who becomes embroiled in their intrigues. To some extent, it’s the same recipe as before but this time we are transported back to the days of Celtic monasticism, Saints Columba and Malachy and their prophesies, and the present-day secret followers of the Céilí Dé, who are set on cleansing the world of a corrupt Catholic Church by attacking the Vatican as cardinals gather to elect a new, and possibly final, pope.

The story is great fun, full of outlandish beliefs and plots threatening the stability of important institutions and the lives of many individuals. Mac an Bhaird has done serious research to create a world for his characters, many of whom did (or do) actually exist.

The burial place of O’Neill and O’Donnell in San Pietro in Montorio sees the first of many murders and intrigues, which kicks off the events that we follow, primarily through Conchúr Ó Briain, an Irish journalist with his own problems. The story moves around in time and place, from Columba in the Iona of long ago, to archaeologists digging there today. We have machinations of secret sects and shadowy groups like the Culdees, the Uaisle Dubha and the St Galen Cardinals, as liberals and fundamentalists pursue covert agendas.

Although Tairngreacht and Rún an Bhonnáin bear generic resemblances, I preferred the more tongue-in-cheek Rún an Bhonnáin. I feel the follow-up is weightier in both theme and tone. While I got through the first two hundred pages with ease, I began to feel the weight of detail dragging the pace in the final third. I wanted the story to crack on to the inevitable climax, but new backstory and conjecture left me impatient. For the most part, however, this is an unusual and well-researched trip through ancient monastic history, cultism and religious controversies, which allows the author to broach serious issues about the Catholic Church’s scandals without departing too much from the thriller genre.

This is a history of Comhdháil Náisiúnta naGaeilge, the umbrella organisation for Irish-language bodies, and takes us from its founding in 1943 to its controversial end in 2014. The period in question is full of idealism, vision and hard work by a large cast of exceptional individuals. They were often decades ahead of the government in their thinking and in proposing schemes and strategies to advance the language within Irish society, but were often frustrated by the inertia and unwillingness of civil servants and their political masters. The Comhdháil, and the voluntary sector as a whole, were dogged by lack of financial resources, governmental unconcern, political opposition and, all too often, strife between language organisations and the strong personalities involved.

The book is a detailed history, featuring hundreds of language activists over the lifetime of An Chomhdháil. Very few of those who were working at the top levels of language organisations don’t feature somewhere. Máiréad Ní Chinnéide leads us through the founding aims, organisations and personalities as they hammered out constitutions and developed policies they hoped would encourage the state to realise that the revitalisation of Irish could not be left to schools and schoolteachers. Time and again An Chomhdháil emphasised the need to engage with society as a whole: the media, the Gaeltacht, literature and the arts, social opportunities for using Irish, and supporting people who wanted Irish to play a major part in the Irish state.

I was impressed by the resilience of the leading figures, who soldiered on despite the frustrations of being ignored by government or given insufficient resources. Sometimes their ideas were taken up and those successes were notable. Indeed, many of those schemes are still important and productive. With the ups and downs, the debates and discussions, and the inevitable frustrations and failures, it’s no wonder that infighting, organisational loyalties and jockeying for position frequently arise.

Most of the book was written by the late Máiréad Ní Chinnéide, who also wrote histories of Gael-Linn and An Damer theatre. As well as her history of An Chomhdháil, there are almost twenty pen pictures of the organisation by individuals involved with it. None of them think the Irish-language community is now better served by not having an umbrella organisation to represent it. Aonghus Ó Lochlainn is to be thanked for additional work and for seeing the book into print after Máiréad’s untimely death.

Petra Green gives her top tips for working in publishing 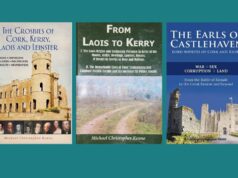 From Laois to Kerry—shifting sands of local history 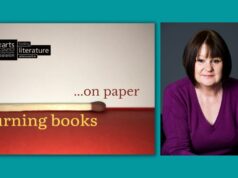