‘It’s all horsemen, all the time.’

The laughter one experiences while reading Mark O’Connell’s new book is the laughter of someone watching their home burn down while they stand on their front lawn in their underwear, seeing themselves—in all their absurdity—reflected in the windows of their soon-to-be-ash abode. They are probably smoking an incriminating cigarette.

The book is in some ways a kind of antidote to ‘the flattening effect of the online discourse’, the sheer banality of the apocalypse. We’re deafened by trumpets sounding the end of days, so that all we hear is white noise. In O’Connell’s words, ‘It’s all horsemen, all the time.’ It’s incredibly difficult to make the end seem tangible—to draw escalating arctic temperatures, reduced insect populations, the minutes on a doomsday clock—out of the abstract and into the cold relief of reality.

The book opens with O’Connell laying out the landscape of his personal anxieties, anxieties that, at least for me, are deeply familiar. These fears—obsessions—generally centre on the endless atrophying of the world; the apparently relentless downing of the curtain upon civilisation. In other words, no big deal. ‘We are alive in a time of worst case scenarios’ he writes early in the book, before reeling off a Homeric list of escalating disasters: ‘fascists in the streets’, ‘uncanny, volatile, malevolent’ weather, the concentration of democracy in the hands of the few, the deathly pantomime of global politics, the nuclear precipice, the possibility of astral impact from a comet, to name a few. Interestingly, in the book’s final essay, O’Connell invokes Susan Sontag, who writes that ‘A taste for worst case scenarios reflects the need to master fear of what is felt to be uncontrollable. It also expresses an imaginative complicity with disasters.’ The grappling for mastery of his fears is one of the unifying threads throughout the book; the imaginative complicity is perhaps a necessary evil in that grapple.

Much like his first book, O’Connell’s character studies—warm, open and often hilarious—are the heart of the book. He has a knack for drawing out, or honing in on, profound remarks made in passing by those he meets, which often feel like the weighted and perfectly balanced quotes chosen by Joan Didion.

The chapters each feel like individual essays (likely because at least some of them were at some point), drawn together into a kind of accumulation of angst, mounting fear, absurdity, hilarity and gravity. Although they knit well, the understandable desire to close each chapter with a succinct aphorism—a style that so often defines our perception of the essay genre—sometimes leads to resolutions that can feel trite in the wake of what has come before. ‘It was always the end of the world for someone, somewhere’ he concludes at one point. This may be true, but rings just a bit hollow in its surrounds.

Some of the structural promises of the opening chapter feel perhaps a little unrealised, such as when he writes that ‘Everything that mattered seemed poised on the brink of total collapse: my mind, my life, the world’. While the book is certainly more rooted in the personal than his début To be a Machine, with a Tony Soprano-style therapy session woven throughout the chapters, the sense of individual stakes feels in some ways entirely contained within his children, his family. Perhaps this is not a failing at all, but a stripping back of priorities, of fears, to those most innate to us. By the end, these are all that truly matter.

Billionaires inhabit the edges of the book like dark mythical figures, messiahs to some, heralding innovation of the human species itself. To far more of us, it is clear, they are the embodiment of the very societal collapse that they are looking to flee, looking to ensconce themselves away from.

O’Connell’s pilgrimage to Peter Thiel’s apocalypse ranch deep on the South Island of New Zealand is fascinating, yet, on the whole, slightly anti-climactic. The existence of these end-days hideaways, however, and the existence of the hundreds of bunkers strewn across the verdant South Dakota landscape, is deeply unsettling, a kind of symbolic severance of connection between these men—nearly always men—and the rest of humanity. The lifeboats, ladies and gentlemen, aren’t full; they just aren’t for you. This severance, for O’Connell, ‘amounted to nothing less … than the dissolving of life itself’.

As the book takes O’Connell around the world, it becomes steadily clearer that we don’t need to wait until the end of the world, or for the first colonies on distant planets, to know what all of it might look like. All we need to do is look around: look to the past, look to the present. Colonialism, racism, sexism and the insatiable drive for expansion that defines capitalism are so often the malevolent materials below the surface—the elephant’s foot of Chernobyl—that animate the death drive of these apocalypse-obsessed people. O’Connell coins the term ‘future-nostalgia’ to describe what they are in thrall to—one eye on the lost ‘glory’ of the past, one on the potential realignment of the future.

The second-last chapter of the book, on his visit to the Chernobyl exclusion zone, is an exemplary marker of his style, balancing with subtle control the absurdity of his trip, the commercialism that has the calcified around environmental disaster, with the undeniable truths of the event. Never allowing himself off the hook easily, he repeatedly draws light on his own search for poetic meaning, for symbolic resonances, in a place of actualised horror. The moral implications of pop-culture’s utilisation and representation of disaster—like the stalking dogs of the zone—are never far from his thoughts.

In the modern conception, there are essentially three ways to spend the end of the world: dying, bunkering down, or escaping the planet entirely. Just as with capitalism’s capacity to reconstitute the tragedy of Chernobyl’s nuclear disaster into commercial ends, O’Connell shows us how the end of the world itself can be manipulated, co-opted to turn a quick dime. From the materialistic bug-out bags of YouTube preppers, or the ‘luxury’ apocalypse-bunkers of South Dakota, to the Armageddon-proof dude ranches of hyper-wealthy oligarchs like Peter Thiel, ‘terminal-stage capitalism’ (as O’Connell calls it) finds a way to alchemise disaster into profits.

The book is frequently sewn together with lines of such poetic perfection they almost fracture the reading experience. The wit, the essential nature of almost every word, the construction at the level of the paragraph and at the level of the 140-character, aphoristic sentence, has been honed since the first book, refined so that the balance in each chapter is always delicately poised between the affable and observational and the aesthetic and intellectual. The two are never mutually exclusive.

This is in many ways a deeply American book. We begin to understand more and more as the chapters progress that the modern conception of the end of human civilisation appears to be a distinctly American one. O’Connell notes that so many of the very specifically white-American visions of the future are rooted in the horrors of that country’s past, and, indeed, in the horrors of colonialism more generally. The end of the world, for many people, signals the beginning of a new one, a realignment, a reassertion of natural orders. For many who are deeply invested in the logic and fetishising of apocalyptic preparation, or human colonisation of space, this means a reversion to the colonial values—albeit with ultra-neo-liberal tendencies—upon which America was wrought.

What has made America great in the eyes of so many of the hopeful Mars colonists he writes about is the same kind of ambitious, hopeful migration that those people loathe and fear in migrants trying to enter the country from its southern border. Mars is also a convenient delusion to maintain for these people: a desiccated planet to cultivate, filled with the promise that they can bestow life and possibility, as opposed to the planet they (we) currently destroy, weighted as it is with the moral implications of responsibility.

One criticism of the book may be that throughout its exploration of the potential ends, and its intimate encounters with those tangled up in the logistics of those endings, there is little in the way of recommended solutions or counter-actions to these entropic forces, little if any tangible calls for organised pushback. I’m not sure, however, that this is the kind of book to facilitate those appeals; there is little we can do to stop preppers from rating the best camping materials; little we can do to stop the privatisation of space travel. The book’s lasting effect is more so one of reawakening, of reprioritising, of drawing the global into the essence of the personal, and making it all the more real for doing so.

There are echoes of past and future throughout the Notes from an Apocalypse—the end bound to the beginning; the colonial sensibilities of space-travel; the futuristic ruins of Chernobyl. The naïve wonder and inquisitiveness of his son—the axis for so many of the book’s profoundly moving moments—is offset throughout by the knowing anxieties of the parent (and those of the reader). Towards the book’s close, as O’Connell and his family drive home during the unprecedented summer drought of 2018, his young son peers out the window in rapture at a sunset. ‘It’s so beautiful,’ his son notes. ‘And it’s very interesting.’ At the book’s opening, O’Connell himself, ruminating, as is his wont, on the dooms of our times notes: ‘I was anxious about the apocalyptic tenor of our time, it is true, but I was also intrigued. These were dark days, no question, but they were also interesting ones: wildly and inexorably interesting.’

That final sunset, O’Connell notes, ‘should have been an aesthetic catastrophe, but somehow it was working.’

Notes from an Apocalypse will be published April 16th 2020. 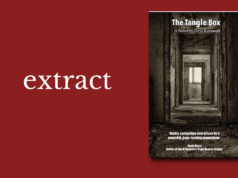 The Tangle Box, by Dave Kavanagh—chapter one 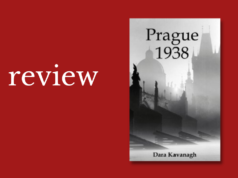 A symphony of echoes—Dara Kavanagh’s Prague 1938 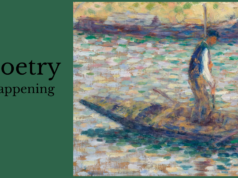 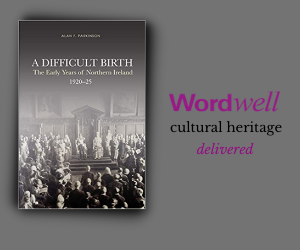 a hut at the end of the village

Between dog and wolf

Castles in the Air press

Diary of a wimpy kid

fly on the wall

fly on the wall press

how Ireland was partitioned

How things are with Hannah

How we arrive in winter

I never said I was conor

let's do your stupid idea

Massacre of the birds

Moving about the place

the beauty of impossible things

The Falling in love montage

the story of a Kerry ambush

the voyage of st. Brendan

why the moon travels