My thirteen-year-old daughter … tells me that The Sea Field is ‘a terrible title for a book’.

My last book was titled The Last Straw (Gallery Press, 2018) and got its name from a public house in the village just up the coast road. A bookmaker’s narrow premises separates the Last Straw from a Chinese takeaway named Six Happiness. I took me a long time to realise that there is not one amongst us who is not in the bookies.

That book has a sequence of poems that take public houses as their starting points. (One, thanks to the indefatigable Tom Kenny, wound up engraved on granite on the gable of the Crane Bar in Galway). Now that the unthinkable has happened, I read those poems and realise how much I have taken for granted those refuges of reflected amber, those temples where we are most ourselves.

The one titled ‘McGinn’s, Newbliss’ ends—

We have one for the road and then,
because we can think of no reason not to,
we make up our minds to have another one.

My thirteen-year-old daughter had no opinion about The Last Straw as a title but tells me that The Sea Field is ‘a terrible title for a book’. Of all of our household she is the one who knows the actual Sea Field best. To her mind there is nothing metaphorical about it. (A friend who has studied English points out that it is an oxymoron, which reminds me that Oscar Wilde considered ‘Royal Irish Academy’ to be a triple oxymoron).

I try to see it from my daughter’s point of view. Twice a week I drive her there. To go by the road would take three times as long. The shortest route is via the footbridge, just beside the Dublin–Belfast line. Hail, rain or shine, she gets out of the car at the train station car park and takes the footbridge over the river to join her athletics club friends to train. She comes back drenched, frozen, parched and exhilarated.

The book is more informed by her than either of us knows. I hope her future self will have time and light enough to read it by. In its pages, too, my son hears the longest note of his life at a recital in a church that was burned by Cromwell’s troops and he says, ‘I thought it was never going to end’. In a very real sense the children have taught me.

The Sea Field is the end of the road. If you’ve driven there, you’ve gone out of your way. And if you want to go any further, it will be through gorse to the army firing range or along the Back Beach and on foot. If the weather is fine, the dog comes because she loves the sea and we walk the estuary as far out as we can go. Eliot’s ‘the river is within us, the sea is all around us’ is never far away. Ben Head is just to the south. To the north are the coastal villages beyond the Boyne, and beyond them, the Mournes. I have come to be at home here. This is where, in the fullness of time, they will scatter my ashes.

The text on the dust jacket of The Sea Field reads—

I have nobody but myself to blame
for being in packed snugs in the small hours
where snuff and spirits were doing the rounds,
in a burned church where we were spirits ourselves,
in that school opened specially on a Sunday
where we were allowed to be children briefly,
at that stone on the side of a thoroughfare
that bears the last names of half the town,
in the shops that survive only in memory,
for eavesdropping on an Act of Contrition,
for being a bon fide on licenses premises
sheltering from hurricanes and snow and droughts.
For every moment of that weather I give thanks.
I would go out into it all again.

It has only just arrived. I look at it as I would at a newborn, with disbelief. I hope it loves and grieves and celebrates and sings the praises. It’s too soon to know. It touches on the whispering of Patricia Horgan into Christy Ring’s ear in his last moments in a sonnet titled ‘A Pietà’. That’s a good place to end.

You are doing what anyone would do
when you kneel in broad daylight, Patricia,
in the middle of a Cork street to whisper
into Christy Ring’s ear an Act of Contrition.

Granted extra time and a second wind
he would be inclined to join in with you
because he’s loved it since he was a child,
except these are the dying minutes of his life.

Time is flying and his mind is elsewhere,
and you are keeping his good soul company
because he has done all that flesh can do.

It is enough that he hears you say ‘amend’
as you make out of your garment a pillow
and take, as you pray, in your hands, his hands.

Tom French’s books are published by The Gallery Press.
His latest book The Sea Field is out now. 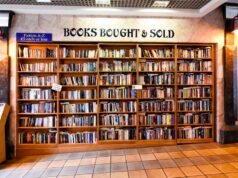