In the ever-decreasing circle of consolidation within the global publishing industry, Head of Zeus, Anthony Cheetham’s London-based independent publisher, has been acquired by Bloomsbury. As reported in The Bookseller, the selling price was £8.5 million, with a cash payment of £5.5m on completion.

Even in today’s hyper-paced industry, it represents a swift turnaround for a company formed only 9 years ago. HoZ was unlikely to struggle to find its feet with Cheetham’s experience; the list of the publishing imprints and publishing houses he has founded over time is verging on the make-believe. He founded his first two non-fiction imprints in 1972, Abacus and Cardinal, followed by Futura, then Century Publishing (later acquired by Penguin Random House). After that, he founded the Orion Publishing Group, acquired Weidenfeld & Nicholson, and moved to Quercus.

Speaking to Tom Tivnan in 2012 about the decision to start up a new venture at 69, Cheetham said it was his time at Quercus, or more specifically, the shares he retained in Quercus after he left, that provided the funding for HoZ. Or, to be even more specific, the funding was down to the success of Stieg Larsson.

And so the books sprang into the world, fully armed like Athena. One of the first titles published was Tim, by Colleen McCullough, whose earlier work, The Thorn Birds, Cheetham had published while at Futura. The sales of The Thorn Birds passing 30 million copies globally presumably gave the author some reassurance in this new venture.

Within an Irish context, HoZ was not slow to make significant inroads. Irish authors on their list include Fintan O’Toole, Declan Kiberd, Tim Pat Coogan, Robert Ballagh, and even Patron of the Irish Publishers’ Association, President Michael D Higgins. One of the more astute acquisitions for a UK publisher was the brilliant Motherfoclóir: Dispatches from a Not So Dead Language, by Darach Ó Séaghdha, which went on to win Popular Non-Fiction Book of the Year at the 2017 BGE Irish Book Awards.

From Bloomsbury’s perspective, a publisher whose growth was turbo charged by the 1997 publication of the first in a series of books about a well-known school of wizardry, the acquisition strengthens their case to be included, at least in the popular imagination, in what was until recently the Big 6,[1] then the Big 5, now maybe[2] the Big 4. While Bonnier Books may beg to differ, this does appear a very fitting match of two excellent publishers, whose continued growth will be fascinating to watch.

[2] This acquisition is currently being examined by the UK competition authority to see if it might be damaging to the industry to have a megapublisher. It is worth noting that, as it stands, the educational publishers RELX (formerly Reed Elsevier) and Pearson (former owners of Penguin) are larger again. 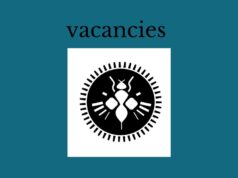