She groaned to herself as Daddy Facetime plonked himself down at the next table to hers and got out his laptop.

He’d been in the coffee shop most mornings during the past two weeks, probably in town on a business trip, and she hated him so much she was surprised he couldn’t feel it.

As always, he began talking to his toddler on the screen, his too-bright, too-loud, talking-to-children voice making it impossible for her to read.

“Hello, Matilda! Are you eating your breakfast? Who is that on your pyjamas? Is it Peppa Pig? Is that Mummy behind you? Hello Mummy!”

He waved exaggeratedly at the screen.

Her morning trips to the café were precious, twenty minutes to herself between her commute and work to read, drink coffee and eat toast, and he was ruining them.

She could see other regulars glaring at him as well but he was completely oblivious.

She’d had enough. She put her book in her bag and got up from her table then leaned across, kissing him lingeringly on the cheek.

“See you tonight, darling,” she breathed, “you’ve got your key.”

As she walked out she could hear him spluttering at his screen that he’d no idea who she was.

She supposed she might have just ruined his life, but then he had ruined her breakfast.

Originally from Canada, Sandra Hirons lives in the UK and enjoys writing about heritage, relationships and the weird things that watch us from dark places. 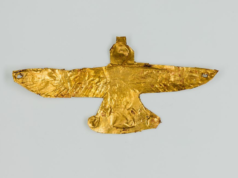