Colm Tóibín talks to Sue Leonard about growing up without a father, being a writer and his latest novel, Nora Webster

It’s Dublin on a rainy autumnal afternoon, and Colm Tóibín is serenading me over the teacups. He’s singing some notes in dulcet bass tones to demonstrate how, during the audition for a Catholic church choir in New York, he had to lower his voice from its natural tenor.

‘I’d auditioned as a tenor, but the choir-mistress said, “We’re short of basses, you could try this”, so I did. I became a bass for a season.’

That wasn’t all. He travelled to London for a day, rehearsing and then singing The German Requiem. He joined a second choir, and had two singing teachers, but he’s given it all up now.

‘I just did it all for research—it was for the book,’ he says. And when I ask him doesn’t he miss it, he looks bemused. And he repeats, ‘It was just for the book’. But I can’t help thinking that it’s a shame for him, not to mention the waste of a great voice.

The book—Nora Webster—has been a long time in the writing. Tóibín started it back in 2000, when he was writing The Master. Brooklyn came out of it; he’s written two collections of short stories and The Testament of Mary—and all the time he was trying to find a way to get the new novel into shape.

Set in the town that Tóibín grew up in, Enniscorthy, Nora Webster shows a new widow coping with her grief, as she tries to find a way to live with her new reality. Inspired by his mother’s story, it’s more than a little autobiographical.

‘Some of it is autobiographical down to the tiniest detail, but I am the only one who knows that now, because everyone else is dead.’

When Tóibín was in sixth class in school, his father died suddenly. Six months later he moved into the secondary school where his father had been a much-respected teacher. Sitting in those classrooms was a constant remainder to the young boy of what he had lost.

‘But I never articulated it,’ he says. ‘I never said it, but I moved from being in the middle of things to sitting on my own at the back. I just withdrew and the teachers began to hate me. I was doing a mixture of being really cheeky and very lazy. And they knew I thought I was smarter than they were, which I did. And I am. And I hated them. I used to go home on my own. Somebody should have noticed it, but nobody did.

‘It’s about trying to deal with something that is beyond you, and nobody knowing how to help. It’s like a scar that nobody can see, and it begins to fester and at times can be raw and at times not there at all, and I could never tell what way it would manifest itself. That grief is absolutely poisonous and I have never known anybody be ok about it.’

In the book, Tóibín is represented by Donal, the third child of the family, who withdraws into himself and develops a stutter. He becomes obsessed with photography.

‘My obsession was poetry,’ says Tóibín. ‘I did go on to St Peter’s School in Wexford, like Donal does, but I never expressed to my mother the nature of my difficulty in the other school.’

Nora Webster, Tóibín agrees, is the book he always had to write. But he couldn’t have done it as a new author.

‘I’ve been writing this in my head since I started writing, but it was too close, and too far away. If you are already a writer and something happens to you, like the loss of someone close to you, you can’t proceed unless you write about it; take Joan Didion, and Julian Barnes with The Sense of an Ending. But if you were a child and you become a writer it is the one thing you withhold. It almost enters the spirit of everything else you write, but I can’t find an example of any writer describing it in a first novel. It’s too filled with unresolved business.’

Nora Webster is a quiet book that slowly draws the readers in, then keeps them there, hanging on every word. A wonderful depiction of a rural town, the tone is utterly different to the passion to be found in The Story of the Night or The Testament of Mary.

‘It’s a question of trusting the reader and the material,’ says Tóibín. ‘You put in enough detail that the reader will be brought in, and don’t mess with that by putting in plot, flashback, or trying to explain everything. You have to make decisions. Should there be a big moment when Nora realises she is going to marry him? It’s a constant process of, “no, you don’t need to put that in”. Just as long as you have imagined it and know it, it will work. And the longer you take over the book, the better.’

Is it hard changing in style, from passion to quietness?

‘It’s all to do with landscape,’ he says. ‘The Irish light, the weather and the slow seasons lend themselves to a quietness of style. Take John McGahern, for example, or Canadian novelists like Alastair McCloud or Margaret Lawrence. It’s the same thing. And maybe, too in Chekov.’

I found myself increasingly drawn to the character of Nora, yet in many ways she is not a sympathetic character. She’s prickly to her sisters and finds the traditional visits of neighbours both irritating and intrusive. She doesn’t take much notice of her children’s grief, and it’s clear that she had always been considered somewhat difficult.

‘You have got to be careful in a book before you make a character likeable to the reader. The reader should have no rights. Look at Jane Austen’s Emma! You just need so much, that the reader does not freeze with indifference.’

Then, thinking of Nora, he laughs.

‘You never know what she’s going to do,’ he says. ‘She’s a mixture of loyalty and ferocity. It never occurs to her whether her sons are happy, yet if she saw them patently unhappy she would be most concerned. And when I thought of her hearing of someone trying to interfere with her mother sexually, and she finds it desperately funny, I just had to put that in.’ He laughs again, mischievously. ‘She thought that was the funniest thing she had ever heard.’

There’s a nun in the novel who seems almost too saintly to be true. It’s as if she stepped out of a Maeve Binchy novel, but Tóibín assures me that she is very firmly rooted in reality.

‘She was from St John of God, and she had a very particular role in the town. She would look out for everybody; she had a special way with her.’

Looking at Tóibín’s life—at his teaching of English in Columbia University; his houses in Dublin, Wexford, New York and Spain—it strikes me that he has the best lifestyle of any writer. But he fervently disagrees, saying that he could take me through any number of writers who have better lives than his. He swears that New York can be a dull place, and is one he is often anxious to leave. And that he would prefer a calm happy life in County Wexford.

He cites Sebastian Barry, a man he admires personally and as a writer.

‘He has a capacity for calm happiness that I don’t really have. I remember, years ago, watching him saunter down Camden Street as only a poet can, looking pained but beautiful. I knew he lived on the canal with his girlfriend—now his wife; I knew the room with the books and the desk, and I knew he was settling down to a day’s dreaming. And McGahern, too. He had a wonderful life.’

As one of Ireland’s greatest writers, does it bother Tóibín that, after being three times short-listed for the Man Booker prize, he has yet to win it?

‘Being on the short list that first time, with The Blackwater Lightship, made a huge difference to everything. Instead of being a slightly sad Irish guy I became someone who could actually be successful; but the prize night was something that people should not have to go through.

‘The second time, with The Master, was even worse. That time everybody felt I could win. The last time, with The Testament of Mary, I didn’t mind at all. But that’s because I already had this book, Nora Webster, written.’

So he feels maybe Nora Webster could finally crack it for him?

‘No, because I don’t feel this novel is for everybody. But I feel it will hit some people and they will treasure the book and it will matter to them. That’s what I care about. I care about that enormously. I’m happy with the book. I’m happy it’s done.’ 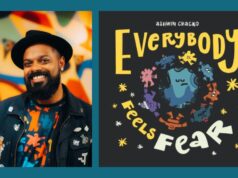 Ruth Ennis talks to Ashwin Chacko about playfulness, imagination–and not being afraid to fail 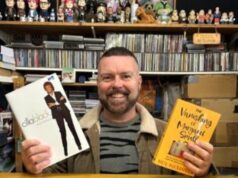 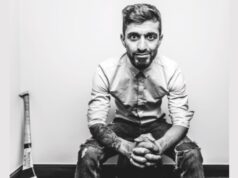