Miles Leeson, Director of the Iris Murdoch Research Centre, on the inspiration behind his new book Iris Murdoch: A Centenary Celebration.

The original title for this collection was A Festschrift for Iris; a festschrift being a collection of essays, or a book, published in honour of a living author or scholar. Peter J. Conradi, Murdoch’s official biographer, originally planned for some of the materials collected in this book to appear in the summer of 1999 on what would have been Iris’ 80th birthday. Sadly, however, Iris died earlier in the year and so the materials were never published: she never wanted a public memorial. The materials were kept by Conradi and, later, when he donated his archive of materials pertaining to Murdoch’s biography to the Iris Murdoch Special Collection at the University of Kingston, these materials found a new home. They remained in the archive until 2017 when it was decided that they should form the basis for a new book celebrating her life, to be published in time for her centenary.

To supplement the material collected by Conradi I approached a variety of people who had known Murdoch as teacher, friend, colleague, or mentor. The main aim was to choose a selection of memories from those who knew her at different time in her life. I didn’t want to capture the Murdoch we knew from biographies although I wanted to reflect on them and I was very pleased to be able to interview A.N. Wilson who reflects on his own Iris Murdoch: As I Knew Her. I certainly wanted to dispel the image of her as an Alzheimer’s victim’s; prevalent after Eyre’s film of 2001 that was based on John Bayley’s books. I wanted to capture a more private Iris, although she proved to be just as elusive in private as she was in public.

A number of the authors of these pieces have subsequently passed away so, in a sense, we are also preserving something of them in this collection. I’m especially pleased with Philippa Foot’s contribution as she was Iris’ oldest and longest-standing friend, meeting at Somerville College, Oxford in the 1940s and remaining close throughout their lives; hence her chapter title ‘A Lifelong Friendship’. This section highlights their time living together in London

What was Iris like in those days? She was serious and orderly, sitting down to read the moment she came in to the flat and tidying things away if I left them out. Already she had written a novel…There was never any doubt that she would do something extraordinary later on, and she did not dissent when I said that she had, as I did not, an entry in an imaginary diary reading ‘Mem. To make my mark.’

When Iris became ill Philippa was one of the few people that John could leave Iris with. Other authors in this collection highlight her deep intelligence, her dedication to writing, and her love of travel. But all comment on her friendship, and interest in the lives of others. Kate Levey, daughter of the novelist Brigid Brophy, remembers that:

After my mother’s death, Iris sent condolences to Michael [Brophy’s husband], writing that Brigid was ‘so beautiful, so brilliant, so loving, so witty, so brave.’ Those words stand tribute equally and without qualification to Iris Murdoch herself.

A collection of stories about a person, however entertaining (which I hope these are), is always enlivened by images. I approached the author and illustrator Ian Beck who, being the son-in-law of the acclaimed photographer Janet Stone, advises on the copyright to her work. The Stones and the Bayleys were close friends and John and Iris would often stay with the Stones at Litton Cheney in Dorset where Janet would photograph them. Ian was kind enough to allow me to use a wide selection of photographs which add so much to this collection and highlights another dimension of her character.

I hope this collection gives as much pleasure to readers as it has to the editor.

Miles Leeson is director of the Iris Murdoch Research Centre at the University of Chichester, England. @miles_leeson

His latest book, Iris Murdoch: A Centenary Celebration, was published by Sabrestorm Fiction in July 2019.

You can buy the book direct from the publisher here: https://www.sabrestormfiction.com/product/iris-murdoch-a-centenary-celebration/ 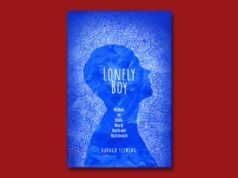 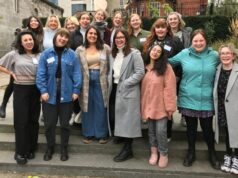 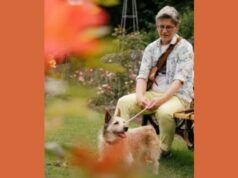