An Tromdhámh by Feargal Ó Béarra has already won Gradam Uí Shúilleabháin 2019, the prize for the Book of the Year in Irish. The award is for a book that has the highest production standards. This is the second year that Leabhar Breac, the Connemara-based publisher, has won it for a volume in their series of texts from Old and Middle Irish retold for contemporary readers in a style that retains many of the linguistic and stylistic traits of the original manuscripts that date back several centuries.

An Tromdhámh is a satire on the poets of ancient times, probably composed by a cleric whose nose had been put out of joint by his own caste being displaced by the bards in the transmission of learning and stories (and the rewards that went with that). The tale centres on Seanchán Torpéist, chief poet of Ireland, who arrives with a huge retinue of lesser bards, trainee poets, musicians, women and servants to avail of the famed generosity of King Guaire. The visitors are a greedy bunch who have eaten many other nobles out of house and home by threatening to satirise their hosts if they don’t get everything they demand. The open-handed and honourable Guaire is happy to welcome them but their demands become more and more outrageous and difficult to fulfil. Eventually, Guaire’s brother Marbhán steps in and calls on another tradition by which he is entitled to demand that the band of poets recite for him the epic Táin Bó Cuailnge, which they don’t know. They are forced to go off and try to learn it from a resurrected Fearghas mac Róich, a hero of that epic tale, before leaving Guaire in peace and returning home.

One of the great strengths and attractions of this series is that the authors remain as faithful as possible to the old linguistic and literary characteristics of the original text or texts, but that linguistic richness makes for slow, if rewarding, progress for the average reader of today. A little patience and understanding, however, repays the extra effort. An Tromdhámh doesn’t have the same action and excitement of some of the other retellings in this series, like Táin Bó Cuailnge, Conaire Mór and Tuatha Dé Danann, but its inclusion alerts us to the variety of genres and narratives available in our most ancient tales.

Cathal Póirtéir is a writer and broadcaster who has published several books and CDs on Irish folklore, social history and literature in Irish. 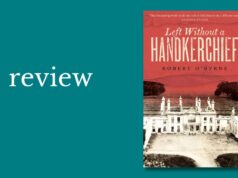 Going up in flames—history of The Big House 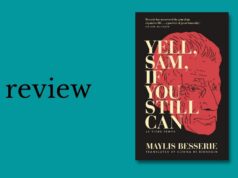 Yell, Sam, If You Still Can—an audacious act of the imagination