The Linen Hall Library in Belfast, Northern Ireland, has announced the launch of the 2020 Michael McLaverty Short Story Award. This prestigious award, which has run biennially since 2006, was set up to foster and encourage the tradition of the Irish short story.

Entrants must have been born in, or are citizens of, or resident in Northern Ireland/Republic of Ireland. The prize is £2,000 for the winning story and £250 for each of the two runners-up. Deadline for entries is midnight Sunday 31st  January 2021.

Adjudicators for this year’s competition are multi-award winning writer Donal Ryan (The Spinning Heart; The Thing About December; All We Shall Know; A Slanting of the Sun; From a Low and Quiet Sea; Strange Flowers) and Patsy Horton, Managing Editor of Blackstaff Press.

Donal Ryan said: “It’s an honour to be associated with the Michael McLaverty Short Story Award. Michael was a writer of sublime skill and I’m looking forward to reading the entries, and helping to choose a work that will honour his legacy.”

Linen Hall Librarian Samantha McCombe said: “The Michael McLaverty archive at the Linen Hall is a pillar of the rich and expansive literary archives held at the Library. The award celebrates the skill and artistry of this esteemed writer and continues Michael McLaverty’s commitment to foster and encourage creativity in the short story form.”

McLaverty 2018 winner Eamon McGuinness said: “It was a complete honour and privilege to win the prestigious Michael McLaverty Short Story awarded in 2019. The whole experience was a turning point in my writing life. To be chosen by two esteemed judges, award-winning writer Claire Keegan and Patsy Horton, was extra special.  The win really boosted my confidence and reaffirmed to me that I was on the right path, and I haven’t looked back since.”

The inaugural competition in 2006 was won by Patrick O’Hanlon. Subsequent winners have gone on to publish further works, including: Aiden O’Reilly (2008 winner): Greetings, Hero; Michèle Forbes (2010): Ghost Moth, Edith & Oliver; Mandy Taggart (2012): The Man of the House; Annemarie Neary (2014): A Parachute in the Lime Tree, Siren, The Orphans; Kevin Doyle (2016): To Keep a Bird Singing, A River of Bodies. 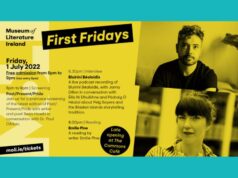 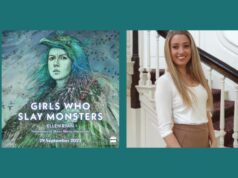