The Falling in Love Montage

Coming-of-age novels are popular for a reason. They take as their focus huge turning points in characters’ lives, which make for interesting and dramatic stories, like when we leave school and/or home and embark on early adulthood. The world is big and open and for the main character’s taking, if only they can overcome a certain set of obstacles. In The Falling in Love Montage by Ciara Smyth, however, Saoirse’s issue isn’t that the future is uncertain, but that she believes a hereditary illness makes any decisions about the future pointless. The novel is very funny and has adorable, fluffy moments about two girls who aren’t supposed to fall in love, but this is deftly balanced with a darker, sadder story.

Saoirse has applied to study at Oxford, and if she is successful this will be the last straw in cutting her adrift from all of her support systems: her ex-girlfriend Hannah broke up with her, their mutual best friend Izzy seems to have taken Hannah’s side, Saoirse’s dad is getting remarried, and worst of all, Saoirse’s mam is only in her fifties but has recently moved into a nursing home because of early onset dementia. As if this wasn’t bad enough for the protagonist, her mother’s illness is genetic, and Saoirse feels there is no point in making choices for the future if she is to inherit this condition and be unable to live independently at such an early age. When Saoirse meets pretty, optimistic Ruby she isn’t looking for romance, she just wants a distraction from her dread of the future. Ruby, who is only visiting family for the summer, proposes a falling in love montage: they do everything in her favourite romantic comedies, all the dates and picture perfect moments, up until the dramatic break up and inevitable making up at the end. As you can imagine, things do not go to plan. In this novel, the inevitability of the romantic comedy tropes make for an uplifting and much-needed contrast to the seeming inevitability of mortality and illness.

This is a refreshing and welcome YA lesbian romance, where neither character is closeted and can date without fearing homophobic backlash, and has one of the funniest protagonists I’ve ever read. Saoirse is a great character, and so much fun to read, because of how clever and funny her quick observations and cheeky one-liners are. Saoirse’s wit is often how she relieves her anger, and no one is safe from her sharp tongue, which makes reading The Falling in Love Montage a different experience chapter by chapter, but I wouldn’t want to dismiss it by calling it an emotional rollercoaster, implying whiplash or jarring turns. Smyth drives this book far more smoothly than that, and while some parts are overtly funny or sad, sometimes you don’t know which emotion has you close to tears, because it is all woven so deftly together.

That phrase—the emotional rollercoaster—is used a lot to describe coming-of-age and YA novels, given how urgent and large-scale all the concerns feel, and how the whole person’s life seems to depend on a set of choices at a crucial moment. It is easy to dismiss these concerns if you read teen or young adult fiction as an adult, because you have forgotten that the world is so scary when you are just starting out. The question of agency and control in this young adult novel is even more heightened, and Saoirse’s fears about the future are grounded in the sad reality of a situation she is powerless over. There is hope for Saoirse, however, once she accepts that she can’t do it all alone. There is no magic spell for her, or a dream girl or opportunity that can make those problems go away, but she has to learn that it is OK to lean on a support system, and to believe that the future may be wide open for her, too, if she can learn to take the chance.

Laura King works in publishing in Dublin, and in her spare time reviews books online under the name @lauraeatsbooks 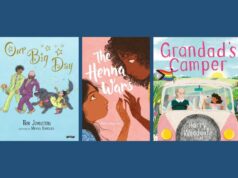 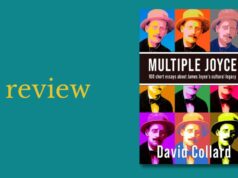