On the occasion of World Book Day, and given the years of remembrance and commemoration in which we are engaged, here is my offering for a favourite and well-loved book.

Michael Farrell’s only book, which he spent most of his life writing and which was published posthumously, was Thy Tears Might Cease. The main action of the book centres on the 1916 Rising and the subsequent independence struggle, and it deals with the difficulty that young men face when patriotism and personal survival are in conflict. It also details the formative years and the spiritual and political awakening of its hero, Martin Mathew O’Reilly. Having completed the book in the late 1930s, Farrell spent fifteen years struggling with it (after it was accepted for publication), and it was eventually edited and submitted, after his death, by his good friend Monk Gibbon, who reduced it by 100,000 words in the process. It was finally published in 1963 and became a bestseller, translated into many languages. Given Farrell’s involvement in Ireland’s revolutionary struggle, it is hard not to see it as largely autobiographical, but this does not detract from a masterful piece of storytelling, which is probably, along with the writings of Ernie O’Malley, a great way to understand the complexities and emotions of this period in Irish history.

Thy Tears Might Cease came into my family home when I was an impressionable eighteen-year-old (circa 1968) and the family read it in turn. It was dissected and discussed around the dinner table and was perhaps the only time we were all in agreement on anything, not to mention a work of literature. I loved the book, and of course identified closely with Martin Mathew O’Reilly, but the principal feeling I have now is nostalgia for a time when my family bonded over its themes and its story.

It seems to be still readily available on-line, though likely out of print. 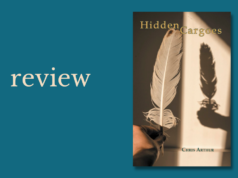 Unspooling the immense chain of being—Hidden Cargoes, by Chris Arthur 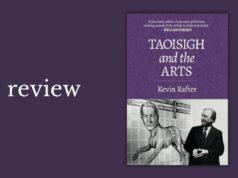