Anna Burns has won the 2020 International DUBLIN Literary Award, sponsored by Dublin City Council, for her novel Milkman. The announcement was made by Dublin Lord Mayor Hazel Chu at a virtual ceremony which also marked the beginning of the International Literature Festival Dublin. The €100k prize is the world’s largest prize for a single novel published in English. The books are nominated by public libraries around the world and the award recognises both writers and translators. Burns is the first writer from Northern Ireland and the fourth woman to claim the award. Due to the pandemic the organisers were unable to invite Burns to travel to Dublin from her home in England for the ceremony, but our Ambassador of Ireland to the United Kingdom, Adrian O’Neill, was on hand to present Anna with her award.

Commenting on her win, she said: “What an honour. I’m thrilled to bits and am about to break into my sevens with the excitement of it all! This is an extraordinary honour – especially given the fantastic list I find myself on. I thank the Lord Mayor of Dublin, Hazel Chu, and Dublin City Council for being the patron and the host of this generous award. Also I salute them for representing Dublin’s position at the cultural heart of worldwide literature.”

Burns was born in Belfast and lives in East Sussex, England. She is the author of three novels, No Bones, Little Constructions and Milkman, as well as the novella Mostly Hero. No Bones won the Winifred Holtby Memorial Prize and was shortlisted for the Orange Prize for Fiction. Milkman won the 2018 Man Booker Prize. The novel is about a young woman living in Belfast during the Troubles who attracts the unavoidable attention of a dangerous older man. It, along with the shortlisted and longlisted novels, is available to borrow from public libraries around Ireland, and on digital loan as eBooks and eAudiobooks on BorrowBox. 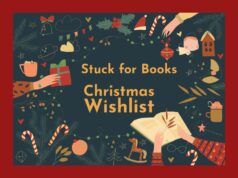