Burning Books will be LIVE from the New Theatre, Temple Bar for the Dublin Book Festival

Burning Books is coming to you live as part of the Dublin Book Festival!

In the gorgeous surroundings of the New Theatre, Temple Bar on November 13th at 5.00pm poet Liz Quirke and author Andrew Meehan will tell Ruth McKee which books they would save if their house was on fire.

Burning Books is our popular podcast which was nominated as a Rising Star in the Irish Podcast Awards, and has featured a host of our best writing talent, including Donal Ryan, Kit de Waal and Audrey Magee.

Now, as part of the Dublin Book Festival, we’re coming to you live from Temple Bar’s New Theatre, with Liz Quirke and Andrew Meehan.

Andrew Meehan‘s debut novel One Star Awake (New Island) was longlisted for the 2018 Desmond Elliott Prize, the UK’s most prestigious award for debut novelists. It was described by Sue Leonard in the  Irish Examiner  as “mesmerising, inventive, heart-wrenching, and brilliantly realised.”

His second book, The Mystery Of Love, a unique and moving reimagining of the relationship between Constance and Oscar Wilde, was published in 2020.

Alastair Mabbott wrote in The Herald that “The Mystery of Love lives up to its Wildean title, forensically examining the bond that endures in a marriage which is in almost every other way dysfunctional. And while it must be daunting to take on the master of the epigram, Meehan rises to the challenge, liberally dousing his text with irresistibly resonant and quotable passages.”

Liz Quirke is a poet from Kerry and lectures in creative writing at the school of English and Digital Humanities in University College Cork.

Her highly acclaimed debut, The Road Slowly (Salmon), was described by John McAuliffe in The Irish Times as having “hard-won poems that rise out of a larger silence, re-doing the lyrics of Máire Mhac an tSaoi and Eavan Boland for 21st-century Ireland.”

How We Arrive In Winter (Salmon), featured on the most recent Poetry Programme on RTÉ 1, has been hailed as an “affecting and assured book, written from the frontlines of mourning, but attuned, too, to the possibility of a future—as in The Promise of Sweetbread which ends with the epiphany that ‘there has never been/ such a call/ for light/ as this.’”

Join us on Sunday, November 13th, live from The New Theatre Temple Bar, to hear which books Liz and Andrew would save if their house was on fire.

Tickets are fee, but are booking up fast—available here. 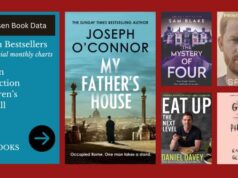 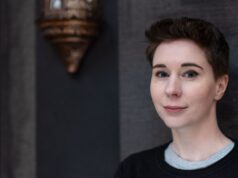 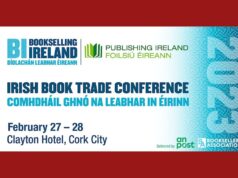