In an age when our champions in every field of endeavour seem to get steadily younger, and to take dizzying success in an effortless stride, it is interesting to recall that Toni Morrison, author, editor and literary standard-bearer, did not come to her great heights early or too soon.

Morrison published her first novel, The Bluest Eye, at 39. Hardly old, but in a time when Sally Rooney’s writing was, for much of last year, deservedly the only book in the village, Morrison’s path serves as a counterpoint. As does the fact that this novel did not become an instant bestseller, or even sell well. It wasn’t until the publication of Morrison’s third novel, Song of Solomon, some seven years later, that Morrison found wide public recognition by claiming the National Book Critics Circle Award in 1977.

The work for which Morrison is best known, of course, is Beloved, published in 1987, a work which needs little introduction. It became the first part of a trilogy and the central pillar of a career that saw Morrison win the Pulitzer and Nobel Prizes and be awarded both the Presidential Medal of Freedom and the Ordre des Arts et des Lettres.

Morrison’s contribution to literature, to thought, to our greater understanding of ourselves, is hard to overstate. Much will be written about her now, and rightly so. Perhaps what might mark her contribution best is to read her own work, or read it again. 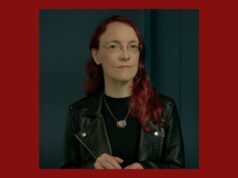